DISCLAIMER: If you’re considering an ICO, then get a lawyer. 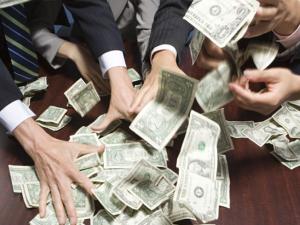 Initial Coin Offerings (ICOs) enable people to quickly raise funds without having to worry about those pesky securities regulations or the laws that protect investors by ensuring that the fundraisers have a fiduciary obligation to the people they took money from. Gone, too, are those hard-to-write business plans with all of those annoying details about how you’re going to use your funding to make a profit. Term sheets, due diligence, stock purchase contracts and shareholder agreements are things of the past. Greed is the primary motivator for ICO investors. They’ve seen the value of bitcoins multiply thousands of times over in a few years. Consequently, they’re so eager to “get in on” the next Bitcoin that they ignore the obvious risks. Unlike traditional venture investing, it’s easy to get out of ICO investments since you can just sell your coins, which people typically call tokens nowadays. Cryptocurrency speculators hope to ride the increase in value, but then get out before the music stops, and there are not enough chairs for all the butts (or rather, the buttheads). Some projects, however, are appropriate for ICO funding. Those efforts look to leverage the open, distributed and trusted characteristics of blockchain technologies to disrupt incumbent intermediaries.

ICO-funded efforts will bring down market leaders and unlock tremendous value. So while most ICOs will ultimately fail, the few that don’t will have a more significant impact on our lives than the Web. ICO investors will learn when they lose money. ICO fundraisers will learn when governments and investors take action against them. We need ground rules to help prevent money-grabs dressed up as ICOs, and to ensure that the critical projects appropriate for ICOs move forward. The Simple Agreement for Future Token Sales (SAFT) is the most significant industry initiative so far that tries to define those rules. But not all tokens are appropriate for the SAFT.

There are two main types of tokens:

If you don’t want the government to come after you, then you must comply with securities laws and regulations when issuing a securities token. Utility tokens are a different matter. You could fund the development of utility tokens as securities, but you don’t have to.

Bitcoin has succeeded where previous “digital money” projects have failed because it is:

If a new token doesn’t have the preceding characteristics, then it has limited potential to disrupt and shouldn’t be a utility token. New ventures unlock value by disrupting the status quo. For an investor, the more disruptive, the better. Traditional venture investing seeks to create value by replacing old intermediaries with new ones (examples: Google replaces classified ads, Uber replaces taxis). But traditional venture investing doesn’t work when the goal is to create something that nobody owns or controls (i.e., open, distributed, global and permissionless). With an ICO, the developers fund their efforts to bootstrap their networks by selling tokens. If the project is successful, a market will develop for the tokens, and they will increase in value. Consequently, the investors will be able to sell their tokens at a profit. At the same time, some of the tokens are reserved for the developers, which gives them an incentive to make sure the project is successful.

In 1946, the SEC v. W. J. Howey Co. case came before the Supreme Court of the United States. In judging that matter, the court ruled that a transaction is an investment contract (i.e., a security), and therefore subject to SEC filing and disclosure requirements, when the following conditions are true:

Applying preceding criteria is now called the Howey test, which is what we routinely use to determine whether a financial instrument is subject to securities rules. If a company has already completed developing a token at the time of an ICO, then there is a good argument that #4 is not true, which would mean that the token is not a security.

Some token sales happen long before the token is functional. Those sales are called direct token presales. In such presales, a company sells tokens at a significant discount with the goal of financing the development of that token. Investors in presales expect to profit predominantly from the seller’s efforts. Consequently, the tokens may pass the Howey test, in which case the sellers in presales may violate U.S. laws.

Unlike when someone buys equity in your company, the proceeds from presales are taxable as income. Consequently, the fundraisers could immediately lose 30-50% of their ICO funding to taxes (if they pay the tax). So if your ICO issues securities and you follow the rules, then the easy money you thought you could get out of an ICO starts to not look so easy. For a new generation of decentralized services to flourish, we need to find a better way to fund utility tokens. 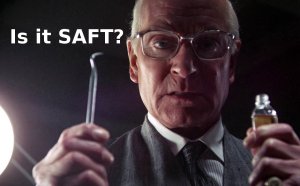 Protocol Labs is a software research organization behind Filecoin and several other projects. It created the Simple Agreement for Future Token Sales (SAFT) project. To jump-start the ICO ground rules effort, Protocol Labs enlisted the help of Cooley, a Silicon Valley law firm. They produced a white paper outlining SAFT. They also created a SAFT community Web site. The SAFT is based on the Y Combinator Simple Agreement for Future Equity (SAFE), which has been in use for a while. The SAFT, however, is a new proposed framework. Consequently, we can’t be certain that regulators and courts will accept its arguments. Although the creators of the SAFT hope it can become a global framework for ICO funding, they designed it with U.S. laws in mind.

The SAFT defines two phases for token sales. In the first phase, a company enters into an agreement with investors to deliver functional tokens in the future. Those agreements, or future contracts, are securities. Consequently, the company follows the applicable SEC regulations: it may register the security with the SEC and comply with disclosure/audit requirements. In most cases, however, the company would rely on an exemption from the disclosure and filing requirements under Rule 506(c) of Regulation D, provided that the company limits the sale to accredited investors and files Form D with the SEC. When the project is complete, the company delivers the tokens to investors. Since the tokens they provide are functional, the value of those tokens has likely increased, yielding a profit for the investors. And because the tokens are open source and running on a public blockchain, the future success of the token now depends on the community, not the company. Moreover, the future value of those tokens no longer depends on the company’s efforts, but on numerous other factors that impact the value of openly traded tokens. Consequently, those tokens fail the Howey test and are thus not securities.

Since SAFT is a contract to deliver tokens in the future, the SAFT white paper says that the proceeds from a SAFT are not taxable until the contract is complete (i.e., the investors get functional tokens in accordance with the SAFT). That means the company can write off your incurred development costs against SAFT proceeds at the time of token delivery. So, for example, if you raised $10M via a SAFT, and spent $9M over two years to create functional tokens, then you would only pay taxes on the $1M profit, which becomes payable upon token delivery. If you sold tokens as securities, you would have incurred a tax liability on the full $10M at the time your token sale.

Filecoin used a SAFT to fund its token development and raised $257M in one month.

In addition to considering securities laws, some token presales may violate federal and state laws that prohibit the operation or ownership of a money transmitting business without the required licenses.  In clarification statements, the U.S. Treasury’s Financial Crimes Enforcement Network (FinCEN) has indicated that an entity that both accepts and transmits convertible virtual currencies (CVCs), which includes tokens, may be deemed a money transmitter. But FinCEN also said that companies and individuals trading on their own account (i.e., managing their own funds) are not money transmission businesses.

Direct token presales entail accepting payments, typically in bitcoin, from investors in exchange for tokens. Consequently, those presales could be deemed to be money transmissions. With a SAFT, the white paper argues, when the company starts selling functional tokens that it mined (i.e., generated) itself, or when investors sell their functional tokens, they are clearly doing so on their own account, and therefore are not required to get money transmitter licenses.

Decentralized utility tokens will bring tremendous value to entrepreneurs, investors, and society. These efforts, however, are not appropriate for traditional venture investing precisely because they are open, global, decentralized and permissionless. In other words, those projects don’t create rent-collecting intermediaries that you could sell or take public to make a profit; successful utility tokens make centralized rent collectors obsolete.

With clear, reasonable and consistent rules, important token projects will get the funding they need. Those projects may actually benefit from the discipline imposed by a framework of rules, provided that those rules make sense and allow the entrepreneurs to execute on their plans. Investors may also be more willing to fund utility tokens because a rules framework could reduce the risks associated with those endeavors. With efforts such as Filecoin moving forward, we will soon learn whether SAFT works in practice.