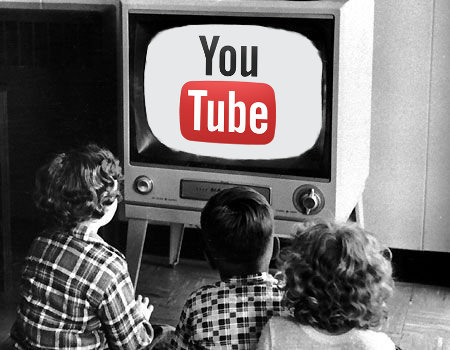 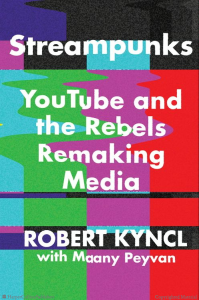 Streampunks: Youtube and the Rebels Remaking Media covers the rise of a new class of media stars: Youtubers. Robert Kyncl, YouTube’s cheif business officer, authored the book with the help of Maany Peyvan, Google’s lead writer. It’s an authoritative, fascinating, well-written and entertaining book. If you’re over 30 and you’ve blinked, then you may have missed the media revolution that YouTube sparked and is continuing to lead. But since current Google employees wrote the book, it’s not surprising that it sometimes seems like an infomercial that occasionally acknowledges some of YouTube’s less desirable impacts. Still, it’s not difficult to see past the spin. If you work in the media business, then read this book.

Jenny Done is a mother of seven. While living in California in 1996, her son Josh had a tumor. The treatment saved his life but bankrupted the Dones.  Since the family had to find a cheaper place to live, they moved to Hamilton, Missouri, a small town located one hour northeast of Kansas City. After Jenny started posting videos of herself making quilts on YouTube, things changed for the Dones beyond their wildest dreams. Today, the Missouri Star Quilt Company is not only a massive success for the Done family, but it has also turned around the economy of the entire town of Hamilton. Jenny is an interesting case because she didn’t so much make money directly from YouTube; however, YouTube was intramental in helping her to build an offline business.

Streampunks is full of stories about people from widely disparate backgrounds who were able to leverage YouTube to connect with fans from all over the world and create new businesses. But while Jenny Done could not seem more different from an edgy news organization like Vice Media, or a millennial who gained a following by posting videos from her dorm room, virtually all YouTube stars succeeded by working hard to connect to and interact with their fans. Those fans made them famous, not some middleaged white male executive in New York.

Speaking of New York white boys (i.e., my peeps), one of the most interesting points in the book is something that Kyncl refers to as the “Mad Men Gap.” The first episode of Mad Men aired in 2007. The show soon became a cultural phenomenon. Skinny ties from the 1960s came back in style, and everyone knew of Don Draper. Fortunately, drinking scotch at 9 am meetings never seemed to catch on. The final episode in 2015 drew an audience of 3.5 million viewers. To illustrate the gap, Kyncl compares Mad Men’s audience size to YouTube star Michelle Phan‘s most popular video at the time, which had 4 million views in California alone. The Mad Men gap refers to the fact that while everyone, including people who never saw the show, knows about Mad Men, only Michelle’s followers know about her, even though there may be more of them. Kyncl suggests that the lack of broader cultural awareness translates into lower ad revenue for many YouTube stars. That’s why YouTube has begun to invest in the types of promotions that you used to only see from major media organizations.

While We’re Talking About Michelle Phan…

Even though she became a star on YouTube, Michelle Phan left the platform. That’s not in the book; I learned about it while writing this post. To explain her departure to her fans, Michelle made a poignant video, entitled “Why I left.” Watching it will give you a good feel for both the ups and downs of becoming a YouTube star. Streampunks spends more time discussing the ups.

Delicious vs. Nutritious? Every Day is Halloween.

The book acknowledges that there is a continuous struggle between serving up “delicious” content (i.e., stuff people want to watch) and “nutritious” content (e.g., educational material). The following is Wikipedia’s list of the most popular YouTube channels (I updated the current number of subscribers for each channel):

The preceding rankings change often; however, it should give you a good idea of what’s popular on YouTube. Clearly, many more people are tuning in to the potty-mouthed PewDiePie (see more later in this post) than to learn physics.

Competition for Attention: Often a Race to the Bottom

Although an increasing number of YouTubers are making a lot of money from the platform, most don’t. It is difficult to get attention, even for people with talent. Judging from some of the channels that I see my kids gravitating to, it seems that one tactic to get ahead on YouTube is to be more outrageous than the next guy. Consequently, there is a great deal of content that is inappropriate for kids or just downright stupid.

Toys and Funny Kids Surprise Eggs (9.2M subscribers) is a channel that every parent will surely love (Nope!). At first glance, it looks like a channel for kids. One video (depicted below) shows Spiderman meeting Spidergirl and quickly getting her pregnant.

PewDiePie, the most subscribed-to channel, seems to target teens and pre-teens.  I started watching the first video listed at the top of the channel’s main page. That video shows PewDiePie in a multi-player virtual reality game. I heard the word “fuck” three times in less than three minutes.

I’m not going to do a full review of YouTube’s darker side. My point is that Steampunks is clearly written to highlight the more positive aspects of the platform. If you spend some time on the most popular content on YouTube, you may suspect that the authors wrote Streampunks, at least in part, because they need to defend the platform from criticism.

Virtually everything you do on the Web is recorded. If a 10-year-old signs into johnny.doe@gmail.com, and then views videos on YouTube, you must expect that YouTube (i.e., Google) is building a profile of little Johnny. The information that Google retains in that profile will only grow over time. Johnny won’t own his history; Google will. As Johnny gets older, Google will know more about Johnny than Johnny will remember about himself. Things like Johnny’s sexual orientation, political views, travel plans, and the tax deductions he shows an interest in will all be part of the profile. At best, Google will use the information it collects about Johnny to make a lot of money by selling ads that they will put in front of him. On the other hand, what if evil people, or a future authoritarian government, gets access to Johnny’s information? They may use the information in ways that aren’t good for Johnny. Sooner or later it will happen.

I’ve had the pleasure of meeting a lot of Google employees, including Kyncl (I had a couple of meetings with Robert when he was at Netflix and we used to catch up by phone every few months.). The Google employees I know are all exceptionally professional, smart and they conduct themselves with the highest levels of integrity. Even the company’s motto is  “Don’t be evil.” But none of those people are going to work at Google forever. We have no idea who is going to be running Google, or who will eventually own (or confiscate) Johnny’s data in 20 years. So please remember that YouTube is a profit-seeking organization, and they intend to make that profit by sucking up, owning and using as much data about us as possible. That data, which will never grow old, die, fade away or degrade, will someday be beyond the control of the people who run Google today. Consequently, their data collection activity comes with a substantial potential cost for us. That topic is not explored in Streampunks.

For a media professional, Streampunks is pure gold. I gained additional insights into a YouTube revolution from Robert Kyncl, the guy who is the most qualified to speak on the subject. But as a parent, I’m concerned about what YouTube will expose my kids to. I intend to re-double my efforts to monitor what they watch. And as a citizen, I continue to be somewhat terrified by the amount of information that private companies like Google are collecting about us, and how bad people might use that information once good people no longer control the data.

On balance, YouTube is good for the world. Its growth, or the growth or something like YouTube, was inevitable. I dwell a bit on the negative aspects of the platform in this post to balance the pro-YouTube slant of the Google/YouTube employees who wrote Streampunks. But YouTube has brought people together, given voice to the voice-less and empowered the weak. In other words, YouTube does a lot of good things for us and their YouTubers.

If you’re a media professional, Streampunks is a must-read. But just about anyone would enjoy this book. You’ll be fascinated by the insights. You’ll smile at the great stories, and you may even laugh out loud a few times (I did). But please keep in mind that although the author is an excellent and smart guy who works for a great company, that company’s reason for existing is to make money. And it intends to do that by exploiting information about us.